January wrap up and An Accidental American Kidnap review

I know it's Monday, not Sunday evening which is when I usually post but I was still reading my last book of January and needed to rest early for a really busy day today! But I've gathered my thoughts now and am ready to share them with you all!

So, I managed to read 6 books in January which isn't the best for me but the new uni semester has started and I spend a lot of my time reading articles etc rather than books due to that. However, I managed to read 3 physical books and 3 ebooks, which I was impressed with as I've had my kindle for absolutely years and yet could probably count the times I've used it on one hand. 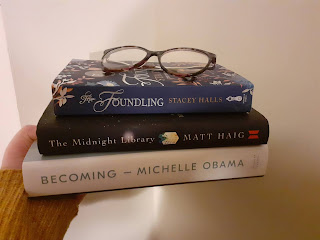 The first book I read in Jan was The Foundling by Stacey Halls. I really loved this and it reminded me so much at the beginning of reading Hetty Feather when I was much younger. The plot was kind of predictable but it's historical fictions so you somewhat expect it. I definitely like Halls writing style, I think it's really accessible and easy to read, not heavy which is vital given the topic. I enjoyed The Familiars too, and she has a new book out this summer called Mrs England so keep an eye out for that if you're a Stacey Halls fan.

Next I read The Midnight Library by Matt Haig, which absolutely blew me away as do all of his books. I loved how easy it was to read and I think it made the themes more impactful. I wrote a full review last week which can be found here and if you've read the book and want to share thoughts please do so in the comments on that post - would love to discuss it!

I then read Becoming by Michelle Obama which was my non-fiction read for the month. I definitely enjoyed it and I enjoyed learning about the things herself and Barack accomplished during their time as President and First Lady. Being British and also being only 7 when Barack Obama was first elected I don't remember much about it or what he achieved, I remember a little more about his second term from 2012-2016 but it still wasn't really something I had any interest in. Michelle Obama is such a fantastic woman and I love how she managed to have her education, and then her career whilst raising their children. Most importantly though I loved how she was honest about that and how it was hard and she felt a lot of guilt about ruining her daughter's childhoods and not focusing on them enough which was really emotional and sobering to read. I can't wait to read Barack's book A Promised Land soon. 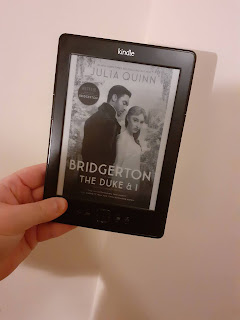 Next I delved into the Bridgerton series by Julia Quinn, starting with The Duke & I (Bridgertons #1). I really loved the Netflix series and hadn't heard of the book series before that, so I went onto Kindle to see how expensive they were and managed to get the first 2 books for 99p each which felt worth the risk. I don't usually read light, romantic books but I do like history and the recency era so I definitely got something out of this book. It hovers around a 3-3.5 star rating for me just because it's not my thing but it was definitely enjoyable and I will pursue the series.

I then read a short story collection by Eric Walrond called Tropic Death for one of my uni modules. It is from a module on global literature; Walrond himself was born in Guyana, moved to Barbados, then Panama, followed by New York and then the UK. The collection has 10 stories and they are about working-class black experience of poverty, death, hunger, hardship and suffering in the Caribbean. It was definitely a really interesting collection especially supplemented by my lectures etc and I liked the short stories over one novel because they featured a range of characters and took place in different Caribbean locales. It uses regional dialect and folklore due to being a Harlem Renaissance work embracing black origins, but that did increase the difficulty to read, however it was definitely very interesting.

Finally, I read my first NetGalley read! I received my first actual approval today but this was one of the 'Read Now' books I downloaded to get started with reading and reviewing. Also, NetGalley means I'll be getting so much use out of my kindle now which is fab! An Accidental American Kidnap is the first of Paul Matthews 'Royally Funny' series and this was my NetGalley review: 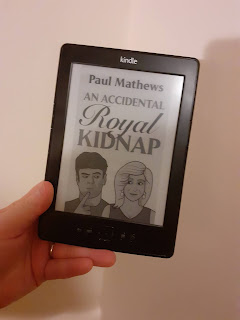 Paul Matthews then retweeted my review so I was pretty pleased with that!

Overall January was a good reading month for me, I enjoyed all the books I read and read a few I wouldn't usually so it's been varied and successful. I've started thinking about my February tbr and there's a few NetGalley reads and a few books for uni as well as a small amount of physical books I will read IF i get the chance, so I should get quite a few books read this month.

Did you have a favourite book of January? What's on your February tbr?

Popular posts from this blog

hi everyone!  A few weeks ago I held an Instagram poll asking whether people would be interested in seeing mini reviews of the books on my first year university reading list. I am starting my degree in September and have been enjoying reading the books in preparation to start!  Lots of people were interested, so here is the first part!! Part 2 will be up very soon - I have 1 more book to finish.  Module 1 - Intro to Literary Studies > Girl Meets Boy - Ali Smith (2007) This book is a modern retelling of Ovid's 'Metamorphoses', re telling the myth of Iphis and Ianthe, through Anthea and her gender queer partner Robin.  Everything in this book is about challenging normal expectations and the wonder of fluidity, from the characters to the unique style of narration. There are many important themes such as feminism, activism, gender identity, sexuality, sexual harassment and homophobia.  The water motif that runs through the book is a really beautiful portrayal of fluidity and
Read more 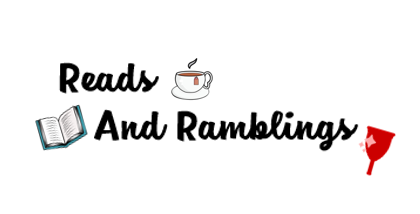 Hello everyone! BIG news.... 🎉 🎉 I am turning my blog into a Books and Lifestyle blog... 🎉 🎉 My lovely book blog baby 'Locked Down with my Bookshelf' has had an upgrade and 'Reads and Ramblings' will now feature all my passions and crazy ideas. There will still be book reviews and other book content because my love for reading and the book blogging community is still just as strong, however, I've realised that I also enjoy researching and advocating for other topics and I'm really excited to do that! I hope my current followers and regular readers will continue to support my blog and that lots of new faces will also join us as my new posts go live.  This blog is likely to have posts on...... 💜 books - reviews, list, recommendations 💜 student life - I start uni in September and will be sharing my experiences 💜 topical issues - BLM, Period poverty, news stuff 💜 lifestyle - mental health, reusable menstrual products, amazing places I visit any other topics
Read more 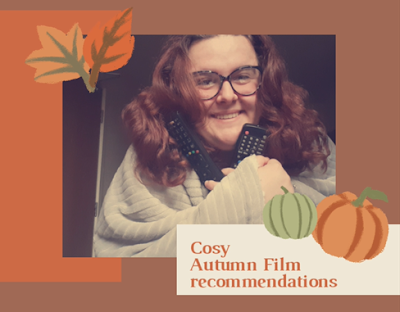 Hello, long time no see! If you are new here and you don't already know - I am at university and my time is spread very thin! I haven't posted since moving here in September and it really is about time.  I popped a poll up on my Instagram story last night and I had a huge response with most people wanting to see this post so I sat down today and had a big think about movies that make me feel cosy and autumnal.  If you voted for the other post option which was a rundown of my reads for Module 2 of my degree then that will be up next Sunday! I had hoped to go out and take some nice autumnal photos for this post but late last night I was told to isolate by NHS track & trace for the next 10 days so we will have to make do with slightly less impressive photos :(  1) Pocahontas     There is just so much autumnal imagery in this film. Swirling leaves, campfires, sunsets. It's one of Disney's most gorgeous animations in my opinion. 2) You've Got Mail         Slightly o
Read more